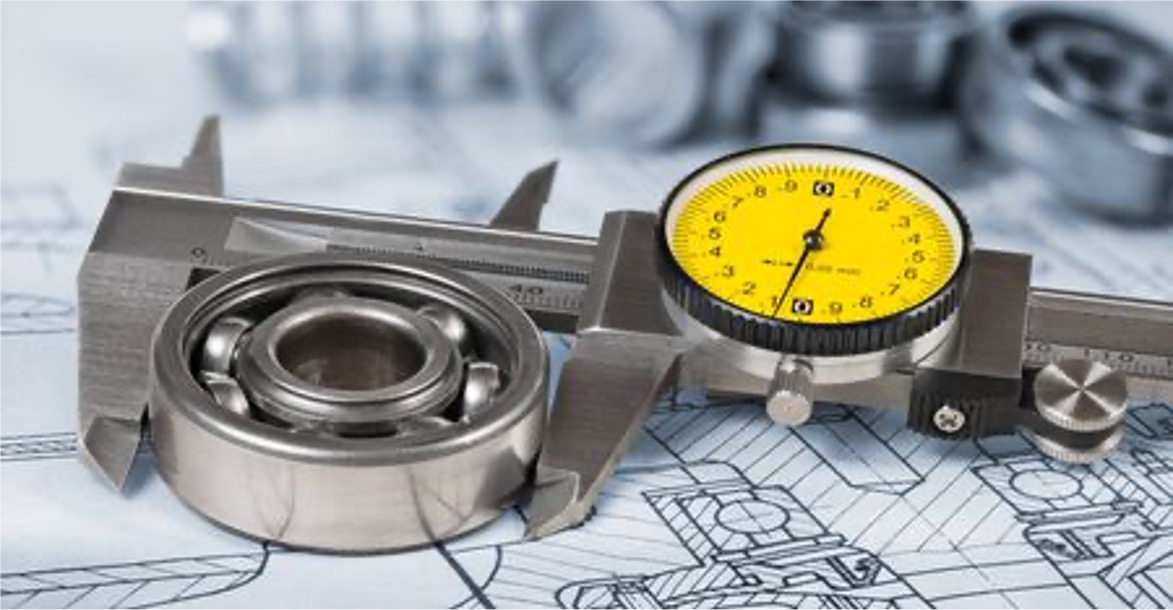 Tolerance is the minimum and maximum limit within which a dimension could exist on a physical part. It is nearly impossible to create a physical part meeting the exact dimensions, hence a tolerance is specified in the drawing / CAD data to let the operator know the dimension limits. Also, the manufacturing cost is directly proportional to the tolerance required. The closer the tolerances, the higher will be the cost and vice versa. During the inspection, if the manufactured part is found to be beyond the defined limit, it is entirely rejected or sent to rework.

Tolerances in product design are defined by the product designer within which the dimensional parameter should exist in order to be acceptable. Part dimensional tolerances are determined by the designer according to the application, fitment and overall form of the design. Dimensional accuracy is more significant in a multi-part assembly where different parts are mating with other components. For example, a car engine is an assembly of multiple individual components such as shafts, pistons, and valves, and each part is manufactured to the closest possible tolerance to achieve desired performance requirements. Engine parts are made with much tighter tolerances than a hand brake handle because the performance requirements of engine parts are much higher than the hand brake handle. Part tolerance is generally captured closer to the concerned dimensions in the drawing and as a 3D annotation in the CAD file of the part.

Limit tolerances specify upper and lower limits of dimensional variation. Any measurement beyond the specified limit is considered invalid and the part is rejected. For example, 10mm +0.5/-0.25 dimension on a part means the upper limit is 10.5mm and the lower limit is 9.75mm. The final dimension of the manufactured part should be between 9.75 to 10.5mm to qualify for the inspection process else the part is rejected or sent for rework.

Unilateral tolerance is defined as the dimensional variation in either the upper or lower direction. For example, 10mm +0.5/0.00 means the variation is permitted only in a positive direction only. Hence, the dimension of the produced part should lie between 10.00 to 10.5mm only to qualify for the inspection process.

Bilateral tolerance means the upper and lower limit varies uniformly about the dimension value. For example, 10mm +/- 0.5mm means the dimensional value of the manufactured part should lie between 9.5mm to 10.5mm to qualify for the inspection process.

GD&T is the standardized system of dimension and tolerances which is slightly more complex but much superior to other methods. Apart from dimensions and tolerances, GD&T notations also provide geometric properties of the part feature such as circularity, cylindricity, flatness etc. for which the tolerance value is given.

There are certain important points that a designer needs to remember while creating the GD&T/tolerances for the part.